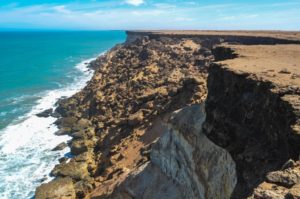 The World Bank and the French government on Friday inked an agreement providing for supporting West African countries in strengthening the resilience of their coastal areas to climate change.

The joint effort comes months after the Cop21 summit in Paris where the West African countries called for international support to overcome a wide range of challenges such as coastal erosion and flooding, overexploitation of natural resources, marine and coastal pollution, rapid urbanization, and unsustainable land use.

“In 2015, the ocean was acknowledged as critical challenge in the climate change agenda. 2016 must be the time for action. In signing this arrangement with the World Bank, France shows its support to West African countries in strengthening the integrated management of their coastal areas, in one of the most vulnerable regions of the world,” said French Minister of Environment, Energy and the seas, Segolene Royal.

According to the World Bank Vice President for Sustainable Development, Laura Tuck, the international financial institution and the French government need to move forward urgently in a concerted and effective manner.

On Friday, about 170 countries signed a legally binding and universal agreement on climate at the United Nations Headquarters in New York.

This is the first notable step into putting the Paris Agreement on climate change into place. This agreement will combat climate change and enable a sustainable future.