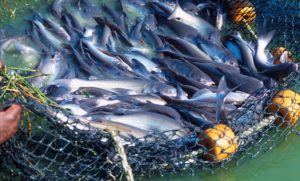 To corroborate this ambition, the Ministry of agriculture has established joint model farms with African countries. These projects have started in Egypt since 1998 but due to the revolution of 2011, they were suspended for a few years. Thanks, they are now re-launched and benefit many African countries. The projects aim to carry out joint agricultural research to increase agricultural productions in Africa.

Head of the Project of African Farms, affiliated with the Ministry of Agriculture, Maher Maghraby announced, on November 17, that Egypt started establishing three fish farms and an animal farm in four African countries.

The country has started establishing fish farms in Algeria, Malawi and Zimbabwe, and an animal production farm in Uganda. The announcement was made during the meeting of the Parliament’s African Affairs Committee. It is not only these 4 countries are to benefit from the projects. According to the ministry, many other African countries have sent their requests to the ministry for establishing similar projects.

In February 2018, the Ministry of Agriculture and Land Reclamation announced the establishment of a joint Egyptian-Eritrean farm in Eritrea, the seventh farming project to be built by Egypt in Africa, Egypt’s state-owned news agency reported. In Togo, the Egyptian-Togolese Joint Farm project was launched in November 2017.

Posted by Emmanuel Agbenonwossi on November 19, 2019. Filed under News, Zoom. You can follow any responses to this entry through the RSS 2.0. Both comments and pings are currently closed.