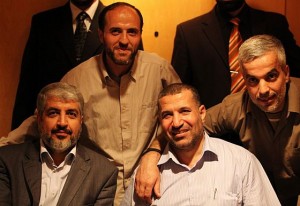 On Tuesday, Egypt was playing the role of a mediator between Israel and Palestine in order to bring truce to the region. However just five days before that tension has been escalating with both sides attacking each other.  When Israel decide to launch operation “Pillar of Defense” in order to eliminate Ahmed Al-Jaabari commander of the  armed Islamist movement which controls Gaza. On Wednesday the truce mediation that Egypt was working on was shattered. Israel then confirmed that it was responsible for the attack and threatened that more was to come. This threat was followed by a major offensive in Gaza with Israeli air force attacking the region. According to Israel’s Defense force, Hamas’s medium range underground rocket launch and infrastructure sites were targeted by the strike. The strike lead to the death of 10 civilians and 40 people were wounded. In response, Hamas fired dozens of rockets to the southern city of Beersheba. But Israel didn’t report any casualties and announced once again that operations are being prepared to be broadened. This was considered by Hamas as a declaration of war. Israel took its precautions and citizens near Gaza were put on full alert. Schools are to be closed for a day and military reserves are authorized to be called at any time if needed. Palestine having just 35 000 fighters seems no match for Israel’s armed force of 175 000 with 450 000 in reserve. But the support Hamas has from Iran is considered as a threat because of its nuclear power. Neighboring countries mostly condemned the raids: Russia called for an end to the raids, Egyptian President Mohamed Mursi even recalled its ambassador from Israel. Arab League foreign ministers decided to discuss this crisis over a meeting on Saturday.