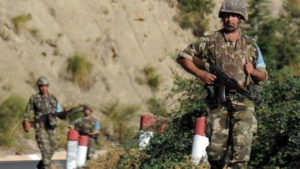 The Algerian defense ministry Thursday announced it killed five jihadists and seized some weapons in the governorate of Batna, near the town of Tazoult.

During the operation, conducted in the framework of the anti-terrorism struggle, armed forces seized four pistols Kalashnikov, a RPK rifle and a quantity of ammunitions.

The Thursday operation is the third army clampdown on terrorists this week, said the defense ministry which reiterated determination to hunt down the jihadists, even in their hideouts.

Two terrorists were neutralized last Sunday in the governorate of Médéa. They were trapped in an ambush. A Kalashnikov, a grenade and a quantity of ammunition were seized in the operation.