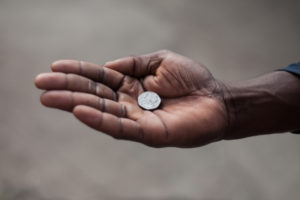 Mozambique Finance Minister Adriano Maleiane on Wednesday said the government of the southern African nation is committed to carrying out an independent international audit to bring transparency to government debt that stands at $11.2 billion.

Adriano Maleiane who was speaking to investors in the capital Maputo said the country faces huge short term fiscal challenges due to the rising external debt, the depreciation of its currency and political violence, but the long-term economic outlook is positive.

The IMF suspended aid to Mozambique in April after discovering $1.4 billion of previously undisclosed external loans, saying it would resume financial assistance after an independent, international audit.

The IMF’s representative in Mozambique who was speaking at the same conference in Maputo, told an investor conference there were many possible complications that could delay a new aid program with Mozambique.

Mozambique was counting on one of the biggest gas discoveries in decades to power an economic boom, but the combination of excessive borrowing at a time of depressed commodity prices and plunging foreign investment hampered growth in the southern African country.

In 2017, Mozambique expects revenue flows to rise 13 percent to 186.3 billion meticais. It forecasts economic growth rebounding to 5.5 percent, from a revised 3.9 percent this year.