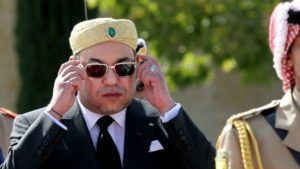 King Mohammed VI of Morocco is set to pay a visit to Addis Ababa to drum up support for the Kingdom’s bid to return to the African Union (AU), various local media report on Wednesday.
King Mohammed VI is heading to Addis Ababa by Friday, November 18 before heading to Madagascar for the International Francophone Organization Summit.
The Ethiopia trip is set to be the first visit by a Moroccan leader to Addis Ababa after almost half a century.
The visit to Ethiopia comes ahead of the upcoming AU summit scheduled for January 2017 here in Addis Ababa where the issue of Morocco’s re-admission to the continental organization (African Union) is expected to be one of the agenda topics.
The king is expected to head a delegation comprised of senior officials, including several ministers, who are due to hold discussions with their Ethiopian counterparts.
The two nations have recently renewed their bilateral relationships with a view to bolster trade, investment and diplomatic ties.
As a reminder, Morocco wants to rejoin the African Union (AU), 32 years after leaving the union over the disputed Western Sahara.