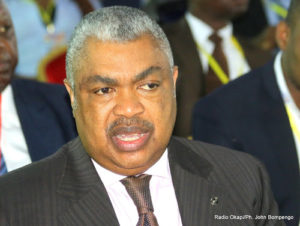 Samy Badibanga, Democratic Republic of Congo opposition leader has been named prime minister in the troubled central African nation on Thursday as part of a power-sharing deal signed in October.
The appointment of Badibanga comes days after Augustin Matata resigned from the position of Prime minister to allow the implementation of the national dialogue framework agreement.
The power-sharing agreement was signed in October by the ruling party and some opposition parties endorsing the 2018 presidential election date proposed by the electoral commission and for President Joseph Kabila to remain in office till then.
The main opposition bloc has rejected the accord and more than 50 people died in street protests in September aimed at increasing pressure on Kabila to step down.
However the political agreement signed under the watch of the African Union-appointed facilitator Edem Kodjo, was endorsed by the United Nations Secretary-General Ban Ki-moon who called for a “peaceful transition for peaceful elections.”
As a reminder Badibanga was excluded from Congo’s largest opposition party, the Union for Democracy and Social Progress (UDPS), in 2012 along with other MPs for disobeying an order from party president Etienne Tshisekedi to boycott seats in parliament.
International powers fear the political impasse could lead to widespread violence in the giant central African nation