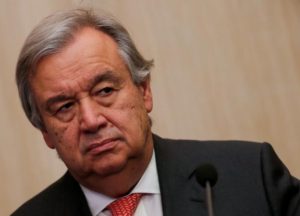 Morocco took a laudable move Sunday as it began withdrawing its military from Guerguarat, a buffer strip between its southern Saharan provinces and the Mauritanian border, a move meant to preserve peace and stability in the region.

Morocco announced officially Sunday that it is beginning unilateral and immediate withdrawal from Guerguarat.

King Mohammed had ordered “a unilateral and immediate withdrawal from the zone,” said the Moroccan foreign Ministry in a statement.

Morocco’s decision came two days after the Moroccan King alerted, in a phone call, the UN Secretary-General António Guterres to the recurrent violations by the Polisario of the ceasefire and warned of the repercussions such violations can have on regional peace and security.

The following day, the UN Secretary-General issued a statement calling on the parties “to exercise maximum restraint and take all necessary steps” to avoid escalation near Guerguarat in the Moroccan berm, near Mauritanian border.

The Moroccan Foreign Ministry said that Morocco took note of the statement made on Saturday (February 25) by the UN Secretary-General over the tense situation in the Guerguarat region in the Moroccan Sahara, and of the recommendations and assessments made by the UN Chief.

As soon as Morocco announced its unilateral withdrawal, France, Spain and the United States welcomed the move meant to deescalate tension with the Algeria-based Polisario separatist front.

France described Morocco’s retreat “as an important step towards de-escalation in favor of regional stability.”

“France calls on all parties to show responsibility by retreating unconditionally and immediately their armed men from the buffer strip in implementation of the provisions of the ceasefire agreement,” the Spokesperson for the French Foreign Ministry Romain Nadal said.

The Spanish foreign ministry, which lauded Morocco’s decision, called on other parties to follow suit by retreating immediately their armed men from the buffer zone.

“The Spanish government hopes that talks will resume soon under the supervision of the UN Secretary General in order to find a political, lasting and mutually acceptable solution,” to the Sahara issue, the Spanish Foreign Department said.

The US embassy in Rabat also issued a statement welcoming Morocco’s move to appease tensions in the region.

In its Sunday statement, the Moroccan Foreign Ministry said, Morocco now “hopes the Secretary-General’s intervention will allow a return to the previous situation in the zone concerned, keep its status intact, allow the flow of normal road traffic and thus safeguard the cease-fire.”

The Secretary-General had underlined that “regular commercial traffic should not be obstructed and that no action should be taken, which may constitute a change to the status quo”.

The UN chief “strongly urged the parties to unconditionally withdraw all armed elements (…) as soon as possible, to create an environment conducive to a resumption of the dialogue in the context of the political process led by the UN.”

Tension in the Guerguarat buffer strip began last year after Morocco launched the asphalting of a road in a bid to monitor the swarming illegal activities in the area, including drug and arms trafficking.

The Polisario, describing the Moroccan security operation as a breach to the ceasefire, moved to position its armed militiamen, at just few meters from the Moroccan forces, although the UN mission to the Sahara, MINURSO, refuted the Front’s claims saying that the Moroccan anti-smuggling operation in Guerguarat had a police character and was undertaken in coordination with the UN.

The MINURSO is monitoring the ceasefire brokered in 1991 between Morocco and the Algeria-backed Separatist front, which claims the independence of the Sahara provinces.