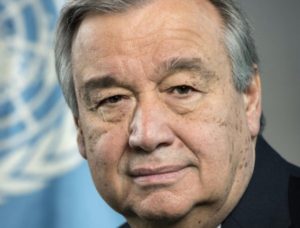 The United Nations Security Council on Thursday examined a new resolution aimed at ending the decades-long, multi-pronged dispute over the ultimate status of Western Sahara.

The vote on the draft resolution, initially scheduled for Thursday was however delayed to Friday to allow the Algeria-backed Polisairo separatist front to withdraw its militiamen from the Guerguarat buffer strip the southernmost tip of the Moroccan southern Provinces on the borders with Mauritania.

A diplomat, positioned at the UN, revealed that the draft resolution strongly calls on the Polisario to immediately withdraw from the buffer strip where tensions have been building up since last August, threatening to undermine the 1991 ceasefire agreement.

According to sources close to the UN Security council, the debates on the draft were “positive for Morocco and put clear pressure on the Polisario front.”

France and the UN Secretary General Antonio Guterres have recently called the Polisario to withdraw “immediately and unconditionally” from Guergarat area.

Guterres commended Morocco for responding positively to the  call he launched last February on the parties to withdraw their security forces from the region.

A former Spanish colony, Western Sahara was retrieved by Morocco in 1975 under the Madrid accords. An insurgency by the pro-independence Polisario Front ended with an UN-brokered truce in 1991 and the deployment of a UN mission, MINURSO, to monitor the ceasefire.

The draft resolution to be adopted this Friday will renew the MINURSO mandate for another year.