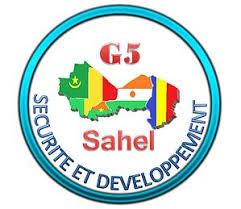 The United Nations Security Council, on Wednesday, unanimously approved a resolution welcoming the deployment of a 5,000-strong force from five African countries to restore peace and security and fight extremists in the vast Sahel region.

The resolution, drafted by France, welcomes the deployment but does not grant full UN authorization to the force due to opposition by the United States.
The military force will be made up of troops from Mauritania, Mali, Chad, Burkina Faso and Niger, known as the Sahel G-5.

France’s U.N. Ambassador Francois Delattre said the resolution is “a landmark” that brings “strong and decisive support” from the U.N.’s most powerful body to the five countries contributing troops.

Despite the United States’ opposition to some parts of the resolution, Delattre described the unanimous vote at the council as a proof of “maximum political support” for the G-5 force.

“At a time when terrorism is striking everywhere in the world, we cannot let the Sahel region become a new haven for terrorist organizations from the entire world,” he told the council.

“It is our security which is at stake in the Sahel, not just the security of the G-5 countries,” Delattre said.

The resolution urges the G-5 force to coordinate and exchange information with France’s Operation Barkhane, which has about 4,000 soldiers fighting extremists in the five countries, and the more than 12,000-strong U.N. peacekeeping force in Mali.