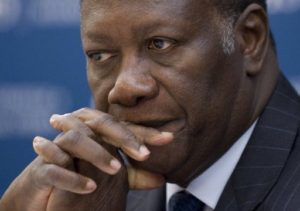 The United States’ sponsored program, the Millennium Challenge Corporation (MCC), on Thursday submitted to the US Congress “for examination and consideration,” a budget proposal for the Compact program with Côte d’Ivoire amounting to $525 million.

Education and transport are listed among the sectors that will receive the investments boost from the MCC budget.

“These two sectors are identified as areas where MCC investments can stimulate economic growth and progress, creating new opportunities for the Ivorian people,” the MCC said in a statement.

The US government called on the West African nation to do much work before the Compact program between the MCC and the Ivorian government is examined by the MCC Board of Directors.

Cote d’Ivoire is witnessing impressive growth, with a GDP rate of eight percent last year, according to the World Bank.

In 2016 it was Africa’s fastest growing economy, but 70 percent of its population still work in the agricultural sector.