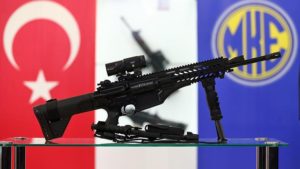 The Turkish government has sent 450 of its first locally designed MPT-76 assault rifles to Somalia to fight al Shabaab, weeks after the militant group killed over 300 people in Mogadishu, one of the most lethal terrorist acts anywhere in the world for many years.

The MPT-76 rifles are going to replace the German G-3 rifles used by the Turkish Armed Forces, Anadolu reported.

Egypt, Uganda, Ethiopia and Djibouti have pledged to support the country militarily to fight the extremist group.

The African Union peacekeeping m²ission has about 20,000 troops in the country. However, Al-Shabaab, which has been affiliated to al-Qaida since 2011, vowed to increase its attacks.

Somalia is facing an arms embargo imposed by the United Nations 25 years ago.