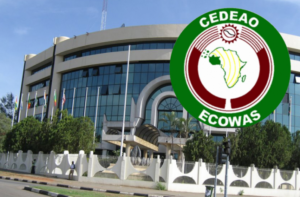 Leaders of the Economic Community of West African States, ECOWAS, will not greenlight Morocco’s membership at Abuja summit this Saturday, postponing the announcement to early next year during an extraordinary summit.

Heads of the States of the regional economic grouping are holding this Saturday their 52nd summit that was moved from Lome to Abuja because of the Turmoil in Togo.

Early in June, the leaders at a meeting in the Liberian capital agreed in principle to allow the North African country to join the block after Rabat made the request.

The kingdom has ratified all protocols but leaders of the 15-member regional organization have not yet stamped Moroc-co’s integration officially.

The Abuja meeting did not inscribe Morocco’s membership bid on the agenda due to pressing regional issues and demand by the heads of state to get much time to go through the impact report of Morocco’s future membership.

The political crisis in Togo, the much delayed electoral process in Liberia and the political situation in Guinea Bissau and sev-eral pressing issues will be the gist of discussions at the Abuja meeting.

On the other hand, the leaders requested much time to study an 80-page report on the impact of the kingdom’s member-ship. The report requested by the heads of states in Monrovia was only handed to the leaders on December 7.

Both sides, Morocco and the organization, reportedly agreed to postpone the membership ceremony to an extraordinary summit to take place early next year.

A source knowledgeable of Morocco’s bid under condition of anonymity told Moroccan Le360.ma that the report is largely in favor of the kingdom.

The source noted that Morocco will contribute to peace and security and will help attract foreign investments in the re-gion.

The experts according to the source also note that the king-dom is not an alien to the region as it stands out as the sec-ond economic partner of the region, right behind continent gi-ant, South Africa.