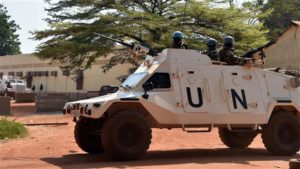 French investigating magistrates on Monday, closed a probe into allegations that French peacekeepers of Operation Sangaris, raped children in the Central African Republic (CAR), while there on peacekeeping duties.

According to the magistrates, there was no evidence that peacekeepers, deployed to keep warring militias apart, had abused children in the war-torn nation.

French troops of the Operation Sangaris intervened in the former French colony in 2013 to stem violence between Christian militias and largely Muslim Seleka rebels who had seized power.

The French prosecutor said “it is not certain that no sexual abuse took place”. But “differences” in the testimonies of the children who came forward made it impossible to establish guilt among the troops.

An internal UN report containing interviews with children as young as eight was carried out between May and June 2014 by the UN high commissioner for human rights and UNICEF.

The two UN bodies had pledged to crack down on sex abusers to avoid a repeat of past mistakes.

MINUSCA’s previous head, Babacar Gaye, resigned in 2015 and some 800 Congolese peacekeepers were repatriated.

According to New York-based Human Rights Watch (HRW), there have been 305 cases of rape and sexual slavery against 296 women and girls by members of armed groups between early 2013 and mid-2017.