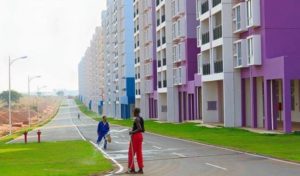 The project worth $25 billion will allow the construction of one million low-cost housing units in the East African nation by 2023.

The Kenyan government has already adopted a series of incentives to help private sector players invest in social housing.

These include, in particular, the reduction of corporation tax, as well as exemptions from certain taxes.

According to the latest estimates provided by Kenyan authorities, the country has a cumulative deficit of more than two million homes. The current rate of housing construction is less than 50,000 units, compared to an estimated annual need of 244,000 dwellings in the different market segments.