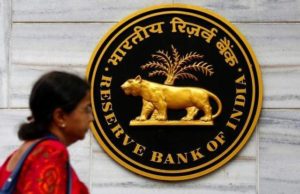 The Indian think tank group, Observer Research Foundation, in a research note published on February 21 revealed that one single country has collected 90% of Indian direct investment flows to Africa between 2008 and 2016.

According to the think tank, Mauritius received $47.6 billion Indian investments during the period, becoming the only African country where India has invested more than 90% of its flows to Africa.

Observer Research Foundation also pointed out that a significant portion of Indian FDI flows to Mauritius has returned to India, meaning that the actual volume of Indian investment in Africa is much less important than what the media reports.

The researchers suspect the Indian Ocean Island to be a tax haven for India.

The investments made by India on the continent between 2008 and 2016 are very geographically concentrated. With a share of 63% and 22%, the regions of East Africa and North Africa attracted most of these investments, the think tank said.

Foreign direct investment in Mauritius grew by 22 percent in the first half of 2017 to 9.72 billion rupees ($295 million), driven by inflows into real estate, financial activities and insurance, official data showed.

India has invested $5 billion in other African countries between 2008 and 2016. Mozambique has captured 52% of this amount ($2.66 billion) thanks in particular to the investment of the oil group ONGC Videsh in the gas field of Rovuma. Egypt occupies the second position with 12% ahead of South Africa (8.8%), Tunisia (3.8%) and Kenya (3.1%).