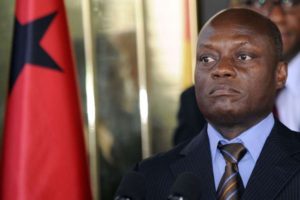 The move comes days after the summit of ECOWAS leaders in Togo during which Vaz agreed to honor a 2016 deal brokered by the regional body to end a prolonged political crisis in the West African nation.

Under the ECOWAS deal, Vaz was to name a Prime Minister in consensus with the rival faction.

In February ECOWAS slapped 20 Guinea-Bissau politicians and businessmen with sanctions, including travel bans and asset freezes, accusing them of undermining efforts to resolve a prolonged political crisis.

Veteran politician Aristides Gomes – a member of the PAIGC’s central committee who served as prime minister from 2005 to 2007 – was chosen by representatives of the party during the summit in Togo, the president said.