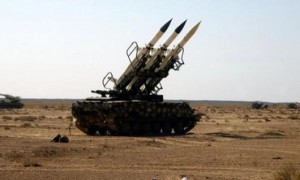 The chief executive officer of Russian Technologies (Rostech), Sergei Chemezov, has revealed that the Libyan government wants Russia to lift its ban on arms contracts in what seems to be its growing interest in Russian technology. The CEO claimed that it was one of the several Libyan requests aimed at persuading Kremlin to review its decision on the suspension of supplies of military hardware to the country.
Although CEO Sergei Chemezov preferred to keep the identity of the representative private, he revealed that the representative asked him for a favor. He was asked to deliver a letter to their president because Libya “would like to buy something and will apparently send a delegation to discuss their request,” according to him. The meeting with the Libyan representative took place at the opening ceremony of a Russian grenade-launcher assembly facility in Jordan.
This is not the first time that Libya has approached Russian Technologies with such proposals. The CEO said the Libyan demand has not yield any fruit and negotiations have not begun. He added that Libyan authorities “have already asked us, as far as possible, to revive contracts that were suspended.”
In 2011, the year that Muammar Gaddafi was ousted from power and assassinated, Russian state-run arms exporter lost an estimated $4 billion after contracts with the Libya government were terminated. The head of Rosoboron export, Anatoly Isaikin, said the estimation includes losses of opportunity and foregone profits.
Libya’s desire to acquire Russian made military hardware might not be appreciated by members of NATO who were active during the fight against Gaddafi. Assuring security in the streets of Libya is still an unfilled dream because militias continue to patrol the streets with weapons and defy the orders of the government.