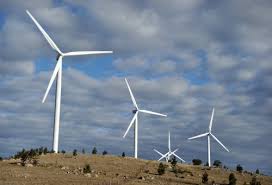 A new study commissioned by the South African Wind Energy Association (SAWEA) indicates there are huge opportunities for corporates and municipalities to go for affordable and low carbon electricity.

According to the report, the South African electricity market is currently undervalued, while it has a significant role to play in supporting the delivery of clean, cost-effective and reliable power to local businesses.

The study found that wind and solar systems embedded in distribution networks could reduce significant load on municipalities.

The report also highlights opportunities for investors. “This is an exciting time for current and prospective investors in the growing South African renewable energy market,” said Martin.

The City of Cape Town wants provisions to allow electricity to be purchased directly by municipalities from Independent Power Producers (IPP).

The City has taken Energy Minister Jeff Radebe and the energy regulator to the High Court in Pretoria last week to challenge the status quo that allows municipalities to purchase from IPPs only if they have ministerial approval.