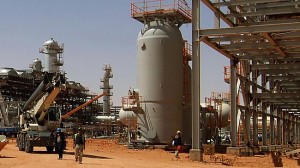 British Petroleum (BP) and Statoil are at loggerheads with the Algerian government over security issues. Algiers fears that its oil and gas production capacity will drastically decline if the standoff continues, while the oil companies trigger security issues after the deadly attack at the In Amenas gas plant six months ago.
Although Algeria has increased security around oil installations, BP and Statoil who jointly run the In Amenas plant want Algiers to give them concrete assurances that the safety of their workers will be guaranteed, especially after the worst attack in their history. The two companies are among the major companies in Algeria and the spokesman for Statoil, Baard Glad Pedersen, said their return “is dependent on the necessary security measures being in place.” Negotiations are continuing between the parties but Algeria is desperate not to see its oil and gas income slip, due to its weight in the economy.
BP remains “committed to Algeria” but it wants assurances that “the security of everyone on site” will be assured according to its spokesman Robert Wine. Algeria remains to be tight-lipped about the issue, but an anonymous official said that they have “fulfilled all the demands over security” and “do not understand” why these companies have been reluctant to return.
Sources close to BP and Statoil claim that the two companies want the government to assure that “the higher number of troops” will be maintained upon their return and want to know “where the army’s decisions are being made;” whether it’s at the defense ministry or at the base camp. In Amenas produces more than 10% of the country’s gas output.