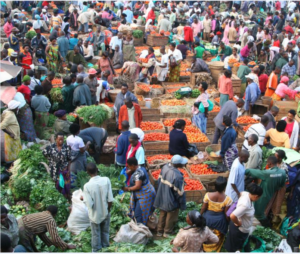 Uganda said it plans to borrow about $1.89 billion from external lenders in the 2020/2021 fiscal year to partly finance its budget.

According to the finance ministry, the funds will be in the “form of concessional and non-concessional” credit.

Economic growth in 2020/2021 would stand at 6.2 per cent, driven by higher productivity in manufacturing, agriculture and public and private sector investment as well as regional and domestic trade, the ministry said.

Earlier this month, Uganda announced plans to borrow €600 million to finance a shortfall in its 2019-20 budget as revenue underperforms and the government failed to get funds it expected from the World Bank.

The government is seeking lawmakers’ approval for loans of €300 million each from Standard Bank Group Ltd.’s local unit and the Trade & Development Bank, according to a statement on the parliament’s website, citing state minister for finance, David Bahati.

Uganda’s mounting public debt has been fueling concern. The International Monetary Fund has urged authorities to rein in borrowing.

Uganda’s auditor-general warned in a report released last month that public debt from June 2017 to 2018 had increased from $9.1 billion to $11.1 billion.

The report warned that conditions placed on major loans were a threat to Uganda’s sovereign assets.

China is one of Uganda’s biggest country-lenders, with about $3 billion in development projects through state-owned banks.

China’s Exim Bank has funded about 85 percent of two major Ugandan power projects. It also financed and built Kampala’s $476 million Entebbe Express Highway to the airport, which cuts driving time by more than half.