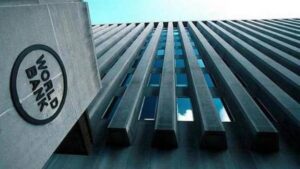 Leaden by the economic fallout from the Covid-19 pandemic, growth in Sub-Saharan Africa is expected to drop to -3.3% in 2020, leading the region into its first economic recession in 25 years, according to the World Bank’s latest “Africa’s Pulse” analysis of the regional economy. The pandemic also threatens to push 40 million Africans into extreme poverty, wiping out at least five years of progress in the fight against poverty.
It’s a chilling figure: 40 million Africans are at risk of falling into extreme poverty, about three times the population of Senegal. Extreme poverty means having to live on less than $1.9 a day or 1,000 CFA francs.
This year, the pandemic will have set the continent back five years in terms of poverty reduction. The World Bank, which analyzes the phenomenon, also notes that many African countries have taken the zebu by the horns.
Thus, in sub-Saharan Africa, 46 of them have adopted social protection measures designed to strengthen household purchasing power: tax cuts, health care access programs, moratoria on electricity bills or even food distribution for the poorest.
Moreover, while the global crisis has highlighted the lack of diversification of economies, African countries are embarking on modernization and job creation programs. But, warns the World Bank, all this comes at a financial cost, and it becomes more than urgent to help African countries find the means.
The World Bank calls on private creditors to join the debt relief movement initiated by the seven richest countries. It is also asking Europe to help it to plead for this with powers such as India and China.