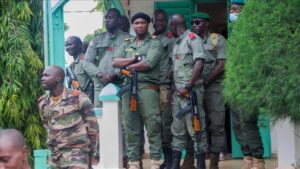 As a result of the new regional division, the number of Malian regions increases from 15 to 20. On this occasion, 13 soldiers close to Assimi Goïta, the vice-president in charge of defense and security issues and strong man of the junta, were appointed instead of civilians to lead most of the regions.
Until then, there were only five soldiers out of the fifteen regional governors in Mali. But with the new regional division, they are now thirteen military and seven civilians for the twenty regions
The vice-president of the transition, Colonel Assimi Goïta, in charge of security and defense issues, and the Malian Minister of Territorial Administration – his classmate – had the upper hand on these appointments.
In Mali, the regional governor is the representative of the central government. He is a key man in the interior of the country. In Gao and Taoudeni, two regions in the north of the country, and in Mopti, in the centre, the regions are headed by the military.
According to someone close to the vice-president, the aim of these appointments is to implement the new strategy of defense and security for the Malian people.
In the ranks of the local political class, these appointments are already causing gnashing of teeth. The same reaction from the human rights defenders, who recall that the name of a new governor appointed appears in a recent UN report, for “taking dubious decisions” during a planned redeployment of elements of the Malian army in the North, at the end of 2019.