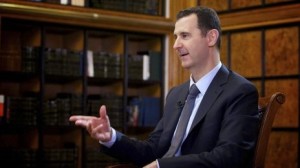 Both parties continue to have issues regarding the purpose of the conference. The rebels will decide on Friday whether to participate while Damascus “do not agree with certain points” because they contradict the State’s position. The US is pressuring both parties to agree on a mutual transitional government while Russia continues to lobby for Iran to be invited.
The rebels want the Syrian Government to leave power and do not want to negotiate with Assad. The Syrian Opposition Coalition will be holding a general assembly to decide if their January 22nd invitation to Geneva will be honored.
Meanwhile, Al Jazeera has reported that Assad’s Foreign Minister, Walid al-Muallem has informed UN Secretary General Ban Ki-Moon that the invitation letter addressed to the Syrian government contains “certain points” that are “in conflict with the legal and political position of the State of Syria”.
The US is furious about it and has accused Damascus of “revisionism”. Secretary of State Kerry stressed that the conference is aimed at “establishing a process essential to the formation of a transition government body – a governing body with full executive powers established by mutual consent” and the “sole purpose could not have been more clear” that it has been before.
Elsewhere, Russian Foreign Minister Sergei Lavrov met with his Iranian and Syrian counterparts before declaring that Iran should be invited to Geneva. He said that the trios “are interested in uprooting terrorism on Syrian territory” and added that Iran “must be and inevitably will become part of complex efforts to settle the Syrian problem.”
Kerry claimed that Syria is the “strongest magnet” for jihadists, extremists and terror in the world.