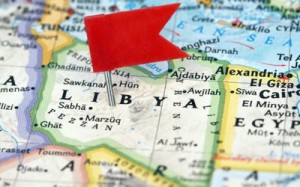 Oil protests in Libyahavegreatly affected the country’s budget as oil and gas exports are the main source of the government’s budget,which has made it impossible for some government ministries to cover expenditures. If a new budget is not agreed upon in 2014, vital services such as health care and electricity supplies can be endangered. The government has sent a budget draft to the General National Congress (GNC) butanalysts say it will be difficult to overcome a funding gap as oil revenuescould fall to less than 50% this year.
The turmoil that existed since Muammar Gaddafi’s ouster in 2011, to press demands on the central government,was recently aggravated when state-owned National Oil Corp (NOC) was forced to shut down El Sharara oilfield with a capacity of 340,000bpd. The National daily production capacitystands at 230,000bpd thus reducing export figures as domestic fuel demands need to be met first.
The protests which occurred on Sunday near the GNC building interrupted a national parliament session, prompting legislators to evacuate. There were heavy gunshots near the building.
In an attempt to remedy the situation, the government is trying to get tribal leaders to persuade an armed group to lift a blockade of three ports that previously handled 600,000bpd but progress is yet to be made with talks. Prime Minister Ali Zeidan has promised to take military action but compared to the heavily armed protesters, the army appears too weak.
Another topic of debate is the two militias who threatened to dissolve parliament after expressing frustration of the country’s lack of democracy. An attempt by the United Nations to resolve the problem failed when the two militias brought fighters to the capital. Libya’s insecurity continues to be a major challenge.