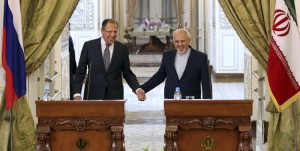 Reports about the barter deal between Tehran and Kremlin have claimed that the negotiations have been positive and agreement is possible. Iran has been affected by US and EU sanctions but a barter agreement in Russia will ease pressure on it. Russia is expected to buy half a million barrels of Iranian oil per day and Iran will receive its worth in Russian equipment and goods. Iranian and Russian sources familiar with the negotiations have acknowledged that the two countries are engaged in discussions although both countries have declined to comment on the matter.
The oil-for-goods deal is estimated to worth $20 billion in a possible two to three year agreement. It will provide Iran with vital energy exports and Tehran is interested in industrial goods especially metals and food. It remains unclear whether military equipment will be part of the deal even though an Iranian official affirmed that missiles would also be part of the deal, together with Russia providing assistance with building two nuclear plants in Iran. The Iranian official did not produce any documentation, and Russian government officials declined to comment.
The U.S has declared that such agreements will be of “serious concerns” and will affect the ongoing nuclear talks with Iran. If the deal is concluded, it will be a major challenge to Washington. Mark Dubowitz of Foundation for Defense of Democracies, a U.S. think-tank, said “the deal would ease further pressure on Iran’s battered energy sector and at least partially restore Iran’s access to oil customers with Russian help.”
A Russian source has claimed that Moscow has “prepared all documents from its side” and the agreement is being delayed by determining the oil price although it will lower that than the international oil market price.