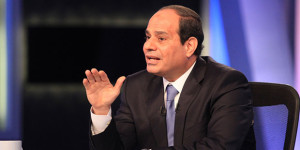 Expectations that former Field Marshall al-Sisi will be wining the ongoing elections have resulted in positive signs for Egypt. Investors seem to be willing the market again and the cost of the country’s debt has reached its lowest since July this month. The two-day voting has been extended to three by the electoral commission due to a low voter turnout. Official results will be available in June.
Al-Sisi is expected to win the elections even though he didn’t personally campaign. Farouk Soussa, London-based chief Middle East economist at Citigroup Global Markets Ltd said investors have confidence in the former military man because investors believe that under his rule, they will have “a decent return” with very little turbulences. He added that investors believe a victory for him will mean “more stability in Egypt and, going forward, this can generate some sort of economic resurgence.”
The flow of investment into Egypt has been on the fall since the uprising against Mubarak started. Mohammed Morsi was only able to rule the country for a year before being overthrown by the military. An interim government supported by the military was put in place to organize elections.
Egypt is struggling with budget deficits and low foreign reserves. The interim government has attracted billions of dollars in aid from the Gulf and has promised reforms to cut budget deficit and boost investment. Egypt’s default-swap contracts, now priced at about half for those of similarly rated Pakistan, may signal improving investor sentiment and better prospects for the most populous Arab state to tap international capital markets.
The economy is expected to grow by 2% this year and its credit ratings are improving. Citigroup’s Soussa believes that Egypt is once more “investable” and not a “complete basket case anymore.”