President Kabila finally named the unity government that he promised a year ago on Monday. The new government is composed of 47people and it is headed by Prime Minster Augustin Matata Ponyo. The ruling party continues to dominate in numbers. 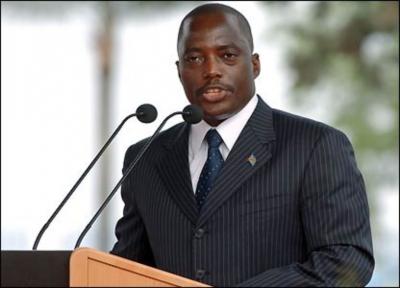 Some opposition parties have reacted against some of their members accepting executive posts in the government. Jean-Pierre Bemba, founder of the Movement for the Liberation of Congo (MLC) rebel force which later on became a political party, was consulted during talks although he is undergoing trial at the International Criminal Court.

MLC is the second largest party in the country. Its Secretary-General Thomas Luhaka was named as one of the three vice-prime ministers while two of its parliamentarians, Germain Kambinga and Omer Egwake, were named ministers. The acceptance of the post by these individuals was not welcomed and they were expelled from the party because their behavior is manifestly contrary to the political line adopted by the party.

Critics of the President Kabila are claiming that he buffed up the unity government with key opposition figures and loyalists because he is planning to amend the constitution in order to stand for a third term in the 2016 elections. The president has remained silent on the claims but his spokesman has refuted the allegations.

The formation of the government breathes hope into the country but the UN official in the D.R Congo Martin Kobler who also doubles as the head of the UN Organization Stabilization Mission in the DRC (MONUSCO) is worried about the massacres of civilians in North-Kivu in the eastern part of the country. He has called for the Congolese army and MONUSCO to cooperate in order to prevent such heinous acts destined to propel terror in the region.