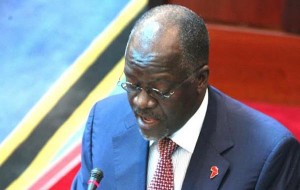 The project, including the construction of bridges and interchanges, will be funded from the state budget for the coming fiscal year that begins in July,  said the official.

In March 2015, the transport minister, Samuel Sitta had said the government will spend $14.2 billion to construct a new rail network over the coming five years to fulfil its ambition to become a regional transport hub.

“This will be the single biggest project ever to be implemented by the Tanzanian government since our country’s independence,” said the minister.

Sitta said the railway network would meet the huge demand for the transportation of cargo to land-locked neighbouring countries, including the Democratic Republic of Congo (DRC), Rwanda, Burundi and Uganda as well as domestic needs.

With a population of over 4 million people, Dar Es-Salaam is one of the most dynamic cities in sub-Saharan Africa, but it suffers from traffic jams at peak hours.

The government expects an economic growth of 7.4% in 2015, against 7.2% in 2014, thanks to the good performance expected in the agriculture, construction, real estate and industry.

The GDP of Tanzania increased to 32% last year amounting to $ 38 billion, thanks to a new system of calculation which takes into account the discovery of large deposits of natural gas as well as strong growth in several sectors such as financial services and telecoms.