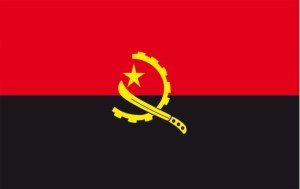 Angola’s central bank raised its benchmark Basic Interest Rate by 50 basis points to 9.75 percent, citing accelerating inflation but a slight deceleration in credit to the economy.

The National Bank of Angola (BNA) lowered the official rate for the kwanza by about 5.8 percent to 116.8745 per dollar on June 5. The currency has weakened 15 percent against the dollar on the interbank market this year. Inflation accelerated to 8.9 percent in May from 8.2 percent the previous month.

The Bank of Angola said it took the monetary policy measures to reduce price volatility in the oil-producing nation’s economy, where the annual inflation rate climbed by 0.63 percentage points to 8.86% over the past month.

Angola is Africa’s second largest crude oil exporter but its export earnings have been hit by last year’s decline in oil prices.  It’s currency, the kwanza, has been depreciating since July 2014 and on June 5 the central bank said it had devalued the kwanza by about 6 percent. On June 22 the BNA’s governor was quoted as saying the central bank would implement measures to ease the shortage of U.S. dollars.

In February 2015, the government cut its 2015 budget by 26 percent to 5.4 trillion kwanza ($44 billion), while predicting the fiscal gap will reach 7 percent of gross domestic product.