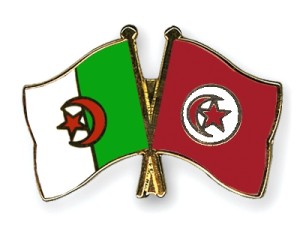 The 18th session of the joint cooperation monitoring committee between Tunisia and Algeria ended in Tunis with both sides voicing desire to further strengthen ties and collaboration.

The session enabled to assess bilateral partnership and cooperation between the two countries in various fields, including in the fight against terrorism that is endangering the whole region.

In this vein, the session stressed the need for the two countries to increase their intelligence sharing to fight terrorism and extremism.

The Chaambi Mountains area along the border of the two countries is a hideout for terrorists from both countries.

The session agreed on 15 draft agreements on education, research, transportation, infrastructure, telecommunication, tourism, health, and legal and judicial issues. The drafts will be submitted to the 20th session of the High Joint Committee scheduled to be held in Algeria October 25-26.

The session also discussed the Libyan war and voiced support for the U.N led talks, pointing out that ending the war in Libya is in the interest of all the countries of the region whose security is intertwined. Tunisia had claimed that its local terrorists are trained in Libya.

The two sides emphasized the need to revive the activities of 40 special commissions under the monitoring committee, and called for lifting the bureaucratic hurdles impeding the implementation of agreements between the two sides.