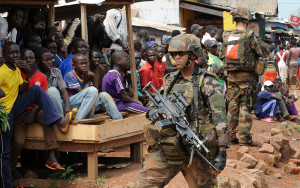 The Central African Republic has scheduled presidential and parliamentary elections for 13 December, the electoral commission said on Wednesday.

The CAR, which is ranked 185 out of 187 on the Human Development Index, plunged into chaos in March 2013 when predominantly Muslim Seleka rebels seized power, triggering reprisals by “anti-Balaka” Christian militias who drove tens of thousands of Muslims from the south in a de facto partition.

A measure of stability was achieved with the arrival of a UN peacekeeping force last year and the transitional government, headed by President Catherine Samba-Panza, was charged with leading the country to elections on 18 October.

But the killing last month of a Muslim man whose body was left near a mosque in Bangui reignited violence between Muslim and Christian militias.

More than 27,000 people have fled their homes in the past week in Bangui, many returning to a squalid refugee camp at the airport which the authorities have been trying to dismantle.

Last August, the transitional council adopted a new constitution, which will be put to a referendum to become law, one week before the elections, the radio said.

The constitution obliges ministers to sign off on decisions by the president and prime minister.

It also includes a Senate, or second parliamentary chamber, and a National Election Authority, as well as a body dedicated to good governance.