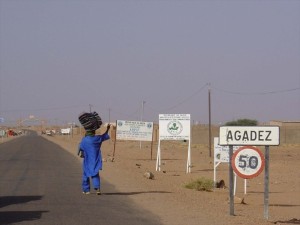 Niger police in the northern region of Agadez have seized large quantities of bomb making materials in a passenger bus, an official said on state-owned radio on Tuesday.

620 explosives, 41 fuses and 310 electrical cables were hidden in a passenger bus during an inspection.

The police also arrested in a separate operation, six gangsters and confiscated three vehicles as well as firearms, a rocket and military uniforms.

“We believe these actions will help reduce insecurity in the region. We would like a bit more collaboration from the population and much more intelligence,” Agadez’s governor, Colonel Major Fodé Camara told reporters at a ceremony during which the materials and the arrested men were exhibited.

Niger is in the middle of a desert corridor between Mali’s lawless north and Libya’s barren south used by Islamist militants, including some with ties to al Qaeda.

The country faces multiple terrorist security threats from Boko Haram in Nigeria and several transnational Sahelian terrorist groups based in the northern desert.

The United States has also donated two Cessna C-208 military surveillance planes and 30 military vehicles of undefined make to the armed forces of Niger to help the West African country protect its borders against infiltration and cross-border attacks.