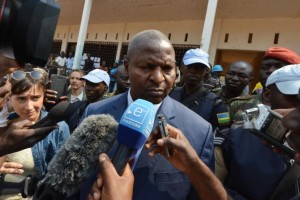 The pair faced off after neither won an absolute majority in the first round of polling held in December 2015.

December’s vote was seen as a landmark for CAR, which has been beset by sectarian violence since March 2013, when former President Francois Bozize was overthrown by a mainly Muslim rebel alliance known as the Seleka.

“The emphasis will be put on the DDRR program (disarmament, demobilization, reintegration and repatriation) then on the restructuring of the armed forces.”

According to Sarandji, the president will also focus on disarming the Seleka and anti-Balaka fighters with help from the international community.

If deemed suitable, some rebels will be able to join the army, Sarandji said.

“Those who wish to engage in other activities can do so with government support, of course,” he said.

CAR is the world’s third-poorest country by GDP and was ranked 187th out of 188 countries in the UN 2015 Human Development Index, ahead only of Niger in terms of living standards.