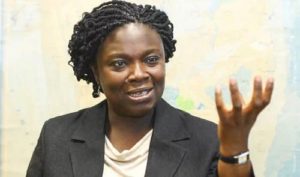 According to a statement posted on the bank’s website, Kwakwa would lead the Bank’s advisory and lending operations in the region and oversee strategic engagement with the region’s 23 member countries.

“The appointment of Victoria Kwakwa to this role ensures a seamless leadership transition for this region of increasing importance to the World Bank Group,” said World Bank President Jim Yong Kim.

“She knows the region well and has been part of our efforts in bringing about change at a time when East Asia Pacific has been rapidly developing and playing a pivotal global role.”

Kwakwa who was previously the World Bank’s Country Director of Vietnam was quoted as saying “I am honored to lead our engagement in a region that is key to the future relevance of the World Bank Group.”

Recently, Kwakwa led a joint team with the government to produce the Vietnam 2035 report, which presents options for Vietnam to achieve its ambitious goal of becoming an upper-middle-income country in a generation.

She holds a bachelor’s in economics from the University of Ghana and a Master’s and Ph.D from Queen’s University in Canada.