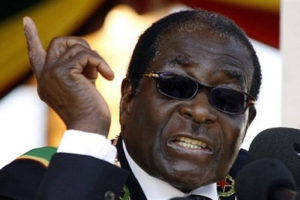 Zimbabwean government this weekend accused the ambassadors of the United States and France of fueling recent demonstrations staged by opposition members and civil servants in the southern African country.

“I’m not in Zimbabwe to create problems, but to help and support the people of Zimbabwe. The authorities should instead focus their efforts to work for the good of the people and should investigate police violence,” Laurent Delahousse told AFP.

Civil servants have not received their salaries for June and were‚ instead‚ given a $100 advance payment by government, which has promised to pay the balance later.