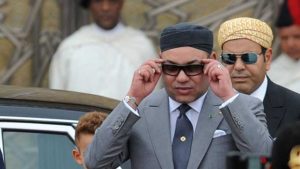 King Mohammed VI of Morocco made an official call for regaining the African Union after 32 years of an empty seat policy within the pan-African organization.

“Today, Morocco wishes resolutely and unequivocally to regain its place within its institutional family and to continue to live up to its responsibilities, with even more resolve and enthusiasm,” King Mohammed VI said in a Royal message addressed to the 27th summit of the African Union which opened in the Rwandan capital Kigali on July 17.

The message was handed by Morocco’s Lower House Speaker Rachid Talbi Alami to the President of Chad, Idriss Deby Itno, who holds the rotating presidency of the African Union.

This confirms the media reports that raised Morocco’s possible re-joining of the African Union, from which it has pulled out in 1984 in protest over the lack of neutrality on the Sahara issue, after the pan-African body admitted the self-proclaimed SADR as a fully-fledged member.

King Mohammed VI called on African nations to repair the unfair and unlawful decision to admit within its ranks an entity that lacks the attributes of a state, saying that such an “ideological” move undermines the UN-brokered peace process by “prejudging the outcome”.

The African Union can better constructively contribute to the achievement of a solution to the Sahara issue through a “newfound neutrality,” added the King.

The Monarch made it clear that the “immoral fait accompli” of admitting the Algerian-based SADR entity was a “coup against international legality” and that time has come to reconsider such decision.

“History will remember this episode as an act of deceit and as a misuse of procedures to serve interests that are yet to be elucidated – an act similar to the abduction of a child, since the OAU was fairly unseasoned at the time,” explained the King.

In his message, which was published by the news agency MAP, King Mohammed VI stressed Morocco’s commitment to Africa and its contributions to the emergence of a pan-African consciousness, and highlighted the efforts undertaken by Morocco in the field of economic cooperation and peace keeping in the continent.

“Even when it was no longer a member of the OAU, Morocco never left Africa…In 1984, it simply left an institution in very special circumstances,” the Monarch said, adding that “Africa has never been so much at the heart of Morocco’s foreign policy and its international action as it is today.”

“Morocco should not remain outside its African institutional family and should regain its natural, rightful place within the AU,” the Sovereign insisted, pledging that “from within, Morocco will contribute to making the AU a more robust organization – one that is both proud of its credibility and relieved of the trappings of an obsolete era.”

After he pointed out that “This well-thought-out decision to come back is endorsed by all of the nation’s forces,” King Mohammed VI said “Through this historic, responsible act, Morocco seeks to work within the AU to transcend divisions,” and “pledges to make constructive contributions to the AU agenda and activities.”
Renewing his commitment to the continent, King Mohammed VI said Morocco “has forged a unique, authentic and tangible South-South cooperation model which has made it possible not only to consolidate cooperation in the traditional areas of training and technical assistance, but also to engage in new, strategic sectors such as food security and infrastructure development.”
“This process will not be ending any time soon…it is irreversible,” asserted the King who recalled the important involvement of Moroccan operators and their strong engagement in Africa in the areas of banking, insurance, air transport, telecommunications, housing… as well as the ranking of Morocco as the second largest investor in the Continent.

Morocco, which will host the COP22 Climate Conference next November, will defend the position of our Continent, which is greatly affected by climate change and sustainable development issues, added the Sovereign, recalling that cooperation, which is already intense with many countries at the bilateral level, will be further expanded and revitalized. “Moroccan expertise and know-how can therefore be offered on an even broader scale and in a more streamlined framework,” he said.
“This is particularly true regarding issues relating to security and the fight against terrorism. The Moroccan expertise, which is widely recognized at the international level and is sought by many countries – including European ones – would be leveraged to promote security and stability in all African countries, particularly those in West and Central Africa,” King Mohammed VI promised.