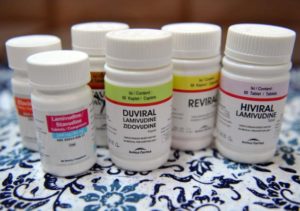 The United Nations Children Emergency Fund (UNICEF) on Monday disclosed that despite successes chalked in the fight against Human Immunodeficiency Virus (HIV) and Acquired Immune Deficiency Syndrome (AIDS), a lot more needed to be done particularly in the African continent.

According to UNICEF, an average of 29 adolescents between the ages of 15 and 19 are infected with HIV every hour.

“After all of the saved and improved lives thanks to prevention, treatment and care; after all of the battles won against prejudice and ignorance about this disease; after all of the wonderful milestones achieved, AIDS is still the number two cause of death for those aged 10-19 globally – and number one in Africa,” UNICEF’s Executive Director, Anthony Lake stressed.

In 2015 alone, 2.1 million new infections were reported – two-thirds of which occurred in sub-Saharan Africa.

The fight against the disease was far from over and required a focused and concerted effort to better the current situation, Lake said.

“The undeniable progress we have made in the last three decades does not mean that our struggle is over,” Lake said.

“The battle against AIDS will not be over until we redouble prevention and treatment efforts; until we reach those young lives still being denied the progress that millions before them have enjoyed; and until we end the stigma and fear that prevent so many young people from getting tested,” he concluded.