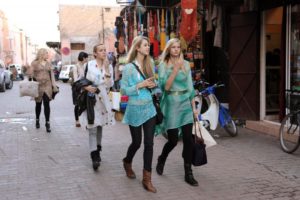 Some 7 million tourists visited Morocco in the first seven months of the year, that is 7% rise compared to the same period last year, the tourism ministry said.

Arrivals from main tourist emitting markets showed a 14% increase in Italian tourists, while the numbers of German visitors grew by 9%.

French and British arrivals were up 6% and 5% respectively, the ministry said, noting that Morocco’s main tourist hubs; Marrakech and Agadir took 60% of overall stays.

Posted by Hafid El Fassy on September 14, 2018. Filed under Zoom. You can follow any responses to this entry through the RSS 2.0. Both comments and pings are currently closed.