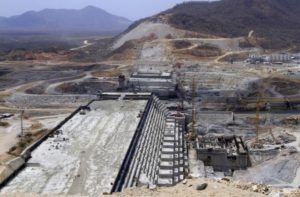 The World Bank has approved $1.2 billion in grants and loans to Ethiopia, the Washington-based lender said in a statement.

According to the bank, the $600 million grant and $600 million loan will finance reforms in the financial sector and improve investment climate.

The ruling EPRDF coalition, in power since 1991, said it had taken the decision because economic reforms were needed to sustain rapid growth and boost exports.

According to the World Bank, the new support will help the East African nation to attract more foreign direct investments and raise export revenues.

Investors hope the economic reforms announced in June could significantly loosen the state’s grip on the economy.

Prime Minister Abiy has been applauded for reestablishing diplomatic ties with neighboring Eritrea in July, ending two decades of conflict between the two nations. He agreed to give up disputed border territory, and, by September, had reopened the land border.

Posted by Steven Addamah on November 1, 2018. Filed under Finance. You can follow any responses to this entry through the RSS 2.0. Both comments and pings are currently closed.