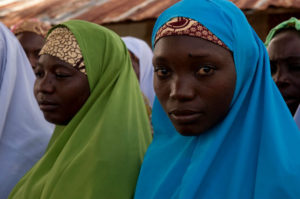 A report released by the United Nations Development Program (UNDP) on Sunday revealed that gender disparity in Africa has been high as a result of economic instability in the continent.

Released at the Sixth Tokyo International Conference on African Development, which took place in Nairobi, Kenya, this weekend, the report placed a focus on both legislation and social conventions that reinforce the gender gap and prevent economic growth.

According to Helen Clark, UNDP administrator, “gender equality is a good thing, in its own right and that’s the right thing to do but often it’s not till you start talking economics that people think my goodness it has implications and we don’t do something about this.”

In her words, “giving more concerted attention to gender equality will be an important and long overdue stimulus to faster and more inclusive human development and economic growth for the entire continent.”

The UNDP calls on the continent to take proper measures by ensuring that all women have access to education.

“Women’s empowerment and gender equality are the silver bullets in development, because if you can ensure that the female half of the population is able to participate equally and make their full contribution, you are really going to accelerate development,” the report stated.

The report also highlighted disparity in women’s representation in government. While four countries — Rwanda, Seychelles, Senegal and South Africa — rank among global leaders for female representation, others, such as Nigeria and Comoros are among the world’s worst.