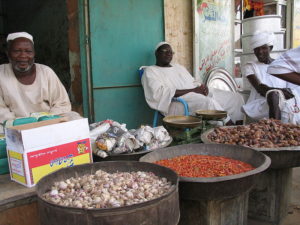 The World Bank Group (WBG) has urged the Sudanese government to accelerate macro-economic reforms and economic diversification including devaluing the Sudanese pound against the dollar, to achieve a stable growth.

A shortage of foreign currency has seen the Sudanese pound depreciate against the dollar on the black market, reaching about 16 to the dollar in late August, traders said. The official rate is 6.4 pounds to the dollar, since August 2015.

“Economic diversification is high on the Government of Sudan’s agenda”, said Michael Geiger, lead author of the report.

The report mentions a number of barriers that have been preventing Sudan from effective economic diversification including the “high and volatile inflation, a long overvalued exchange rate, low productivity in agriculture, among others.”

“Sudan is in a special situation now because commodity prices have come down and Sudan with the secession of South Sudan has lost part of its oil production,” Michael Geiger said.

Sudan’s economy has suffered the loss of its oil resources over the past four years, on top of a biting US trade embargo since 1997.