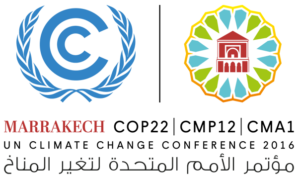 The whole of Morocco is committed to making the UN conference on climate (COP22) to take place in Marrakech November 7-18 a success.

In this vein, the country’s singers have joined their voices to alert the world against environmental decay.

If singer Ferdaous has been selected to compose and sing “Our Home”, the official anthem of the conference, other artists have also released songs to champion the global cause.

Safaa Hanaa joined the chorus on November 1st when she released a video clip of her song “Ard Mostekbalna” (The earth is our future). Joined in the clip by a group of children and two other singers, namely Said Mosker and Rachida Talal, Hanaa calls for national solidarity to protect Morocco’s nature.

Another group to join the call is the rap band “Fnaïre”. The three-man band has released “Al Amir Nadif” to sensitize children to global warming. The trio based in Marrakech in the clip takes a group of children on a summer camp to tell them the history related to the earth.

The band is known for its activism. Last year it released a clip to denounce early marriage of minor girls.

Asma Lmnawar has added her female voice to the trend. The artist in August came up with her track “It’s time to make a change” featuring ascending young artist Yann’sine. The track sung in local darija, Amazigh, French, English and Spanish urges for planet protection for current generation and generations to come.

Thousands of delegates from around the world are expected at the UN global event.