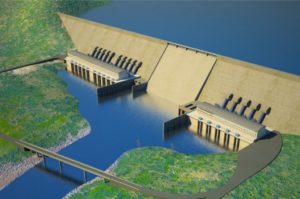 Morocco has been described as a major economic force in Sub-Saharan Africa in light of its large scale investments and growing political influence, writes Africa Renewal, a UN magazine, in its latest release.

“Slowly and steadily, Morocco has been establishing itself as a major economic force in sub-Saharan Africa, even as it eyes gaining readmission into the African Union (AU), which it left decades ago,” says the magazine in an article dubbed, “Morocco flexes muscles as it seeks AU reinstatement.”

The magazine highlights the growing investments led by Morocco in Africa in key sectors such as banking, telecommunications and insurance.

The article notes that Morocco’s trade with Africa came to represent 6.4% of its overall trade during the same period.

The author also sheds light on Morocco’s growing direct investments in the continent, recalling that in 2015, the Kingdom invested $600 million, with Mali attracting most of these Moroccan FDIs, followed by Côte d’Ivoire, Burkina Faso, Senegal and Gabon.

Over the decade ending in 2016, Morocco’s investment in sub-Saharan Africa represented 85% of its overall foreign direct investment (FDI) stocks, underscores the UN magazine, recalling that a 2015 survey report by Ernst & Young, a global financial consultancy firm, had affirmed that “Moroccans became a more prominent investor on the continent, initiating 13 intra-African investments—its highest in over a decade.”

Most of the Moroccan investments in Africa were in the sectors of banking and telecommunications sectors, which accounted for 88% of its FDIs in 2013, says the magazine, which also mentions insurance as another sector attracting Moroccan companies, such as the Saham Insurance Group.

The magazine also underscores the servicing of new roads towards sub-Saharan Africa by Morocco’s flagship carrier, RAM, from 14 flights in 2007 to 32 in 2016.

In this vein, the magazine recalled that as a sign of Morocco’s political and humanitarian solidarity with Africa, RAM maintained its regular schedule to West Africa at the height of the Ebola epidemic two years ago, when all international air carriers, with the exception of Belgium-based SN Brussels, suspended flights to the affected countries of Guinea, Liberia and Sierra Leone over contagion fears.

The decision was based on humanitarian grounds, not commercial—out of brotherly solidarity, the carrier had said at that time.

In tandem with its investments and economic clout, Morocco has launched a diplomatic offensive, spearheaded by King Mohammed VI himself who toured several African countries. Such visits resulted in inking joint ventures, the most important of which was the agreement signed last December to launch a gas pipeline between Nigeria and Morocco through western Africa, and the one providing for building a fertilizers factory in Ethiopia.

The Royal visits also gathered support for Morocco’s return to the African Union.

Last July, King Mohammed VI of Morocco informed African leaders attending the AU summit in Kigali, Rwanda, of his country’s wish to return to the fold, saying, “Morocco should not remain outside its African institutional family, and it should regain its natural, rightful place within the AU,” recalls the author of the article adding that two months later the kingdom formally submitted a request to re-join the continental body, thus starting a process that may lead to its readmission at the next AU summit scheduled in Addis Ababa by the end of current January.

Morocco left the former Organization of African Unity (AU’s predecessor) in 1984, to protest the seating of the pseudo-Sahrawi Republic (SADR), self-proclaimed by the Polisario Front, which claims the independence of the Sahara.

Some 40 African countries have voiced support to Morocco in its application to rejoin the AU, representing more than the half of the votes (27) required for admission.

Immediately after Morocco expressed its wish to return to the AU last July, a group of 28 pro-admission countries penned a letter to the AU requesting the suspension of SADR’s membership until issues surrounding the legality of its existence are resolved by the United Nations Security Council, the magazine states.