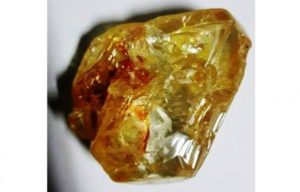 Sierra Leone government on Thursday fails to sell one of the world’s largest diamonds at an auction in Belgium.

The large stone of 706-carat was discovered by a Christian pastor, one of thousands who work in the informal mining sector dominating the diamond-rich West African country.

The chief auctioneer and head of the National Minerals Agency, Sahr Wonday said the highest bid of $7.7 million at Thursday’s auction was turned down.

The government plans to hold another transparent auction for the gem in Belgium.

The reserve price, which is the minimum amount that the diamond can be sold for and which was set by the Sierra Leonean government, is kept secret, the BBC reports.

In 1972, a 968.9-carat diamond of Sierra Leone, a country once tainted by so-called blood diamonds, was found by miners and sold for about $2.5 million.

Sierra Leone largely depends on its mining industry for its export income, although the majority of those employed in the country are believed to be working in the agriculture sector.