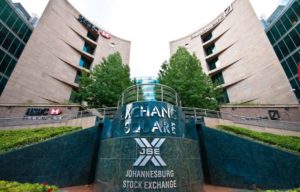 The South African Central Bank, which is due to announce its latest interest rates this week, targets annual CPI of between 3 percent and 6 percent.

Core inflation, which excludes the prices of food, non-alcoholic beverages, petrol and energy, slowed to 4.8 year-on-year in April from 4.9 percent.

The continent biggest economy lost its investment-grade credit rating from S&P Global Ratings for the first time in 17 years. This was due to a cabinet purge by President Jacob Zuma that has sparked increasing calls for him to resign. The rand weakened since.

South Africa, the continent’s most-industrialized country, has enjoyed investment-grade standing from rating Agencies since 1994, when the ANC came to power under Nelson Mandela.