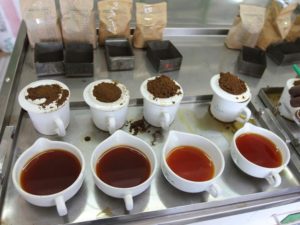 The El Nino phenomenon has significantly impacted the weather patterns around Kenya, limiting agriculture production because anticipated seasonal rains did not come.

According to the Kenyan Board of Tea, this negative result is the consequence of the fall in production (-17%) linked to the hot and dry weather, which prevailed in all the leaf cultivation areas, especially the East of the Rift Valley.

The East African nation sent its tea to 39 destinations during the month of April, against 41, a year earlier. The main destination country was Pakistan with 28% of total exports.

However, the drop in tea production in Kenya, one of the world’s biggest producers of the commodity, is likely to be compensated by high prices at the Mombasa Tea Auction.

There are at least 560,000 smallholder tea farmers in Kenya, according to the Kenya Tea Development Agency (KTDA, which operates 67 factories and is responsible for 60 percent of Kenya’s annual tea production and exports.

The country plans to produce this year a volume of between 420 and 450 million kilograms of the leaf, a volume below the 473 million kg harvested in 2016.