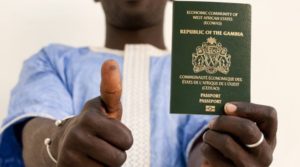 The United States on Tuesday announced the lifting of visa sanctions imposed on Gambian officials last year after the West African nation has reportedly refused to accept nearly 2000 people the US was trying to deport.

The State Department said the lift, which took effect on Tuesday December 12, 2017; was decided after Banjul took steps to accept citizens deported from the U.S.

Gambia became the first country in the last 15 years to face such a diplomatic penalty. It was followed recently by Sierra Leone, Guinea and Eritrea. They were all threatened with such measures over non-acceptance of their deported nationals.

While the US has regularly kept a list of countries considered recalcitrant, only one country has previously received sanctions under the law. Visas were restricted for certain government and diplomatic employees from Guyana, in 2001.

Between 2013 and 2016; more than 8,000 undocumented immigrants were released by US authorities, some after serving time in prison for violent crimes.

The number of recalcitrant countries has dropped from 20 to 12 over the months, and some longtime offenders have earned their way off the naughty list.

Countries are listed as “recalcitrant” when they are not accepting, or delaying, repatriation of their own citizens after the U.S. decided to deport them.