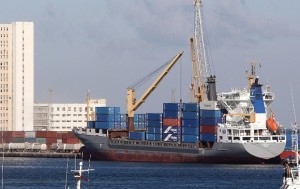 The economy minister has forecasted a growth of 3% in 2013 after the country reached the post uprising era level of production. His prospect is considered to be conservative. The country was able to register an economic growth of 100% in 2012 when it started re-pumping oil.
Minister Mustafa Abo Fonas said the expectations are “mainly driven by oil”, but quickly added that there is a difference between the past and present year. The exports of hydrocarbons represent 95% of the government’s revenue. The minister is hoping that other relevant sectors such as industry and agriculture can be back to normal the soonest after being damaged or destroyed during the campaign against the Gadhafi regime.
Analysts say that sectors such as fisheries and tourism are seen as fruitful and need private investments. Minister Abo Fonas said his ministry is planning on diversifying the economy and “looking at privatization plans for certain industries.” Financial discussions to fund projects targeting small and medium enterprises might be finalized by the end of this month.
The ministry is also counting on increasing importations especially in agriculture because of rising interest in dates, olives and olive oil. Tourism seems to be a more hesitant investment project because Libya is not a tourist destination and development plans will be determined by studies.
Inflation is around 6%, similar to last year’s levels, while unemployment is estimated to be around 15%. Although life is getting back to normal, authorities still can’t impose their authority, and security is still a major concern.