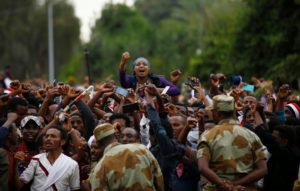 The United States Congress on Tuesday passed a human rights-centered resolution against the Ethiopian government calling for the respect of human rights in the Horn of Africa nation.

The resolution calls on the Government of Ethiopia to lift the state of emergency, end the use of excessive force, release wrongfully imprisoned protesters, and improve transparency. It also urges the government to allow a United Nations rapporteur to conduct an independent examination of the state of human rights in the country.

Since 2007, the regime has denied entry to all UN special rapporteurs seeking to undertake independent investigations.

The Ethiopian regime has long declined to undertake its own credible investigations of human rights violations and spurned investigative exhortations by the U.S. Congress.

The Tuesday resolution however, recognizes Ethiopia’s efforts to promote regional peace and security, and its partnership with the U.S. to combat terrorism, promote economic growth, and address health challenges.

The Ethiopian regime, which had denied for more than a decade the existence of political prisoners in the country, announced earlier this year the release of such detainees.

A major opposition leader was released and charges against hundreds of others were dismissed.

On February 8, the Ethiopian regime announced it will be releasing 746 more prisoners including Eskinder Nega, the internationally-celebrated journalist.